Hi and welcome back to the second installment of my column on the sweep picking technique. (If you missed out on part 1, catch up here) In part one we isolated the downward sweep stroke. This week we will build on this by looking at the upwards stroke and then combining the two to perform some arpeggios in the style pioneered by Yngwie Malmsteen, Jason Becker and others.

This lesson will be concentrating on arpeggios (arpeggios are the notes of a chord played separately, compared with simultaneously as in a chord) As they have a wider interval between each note than scales they tend to fit nicely on the guitar with roughly one note per string – ideal for sweep picking.

To recap, a good sweep picking technique should be a continuous motion across the strings, pushing the pick from string like a slow ‘strum’ or ‘rake’. It should NOT be individual consecutive pick strokes one after another. To ensure the cleanest results practice slowly to a metronome and make sure the hands are synchronising to articulate each note without bleeding into the next.

Lastly before we dive in to the examples I want to take about ‘barre rolls’. You will come across this overlooked frethand technique in several shapes here. When the frethand has to play notes on adjacent strings on the same fret one after another (e.g. fret 9 in the fourth shape in example 1) the finger has to barre the notes but alter its angle so only one note is held down at a time. The motion is similar to a rolling rubber stamp from the tip to the pad or vice versa. It’s quite tricky to get the hang of, but crucial for your playing to develop.

We start with four note groups that concentrate on the up stroke sweep. These arpeggios in the key of A minor outline the chord progression above the notation. You may like to try instead using a downstroke followed by three upstrokes. I used the picking directions given, but try both to see which is most comfortable. It may take time to be comfortable getting the pick back to the E string in time for the next downstroke but bear with it and persevere. 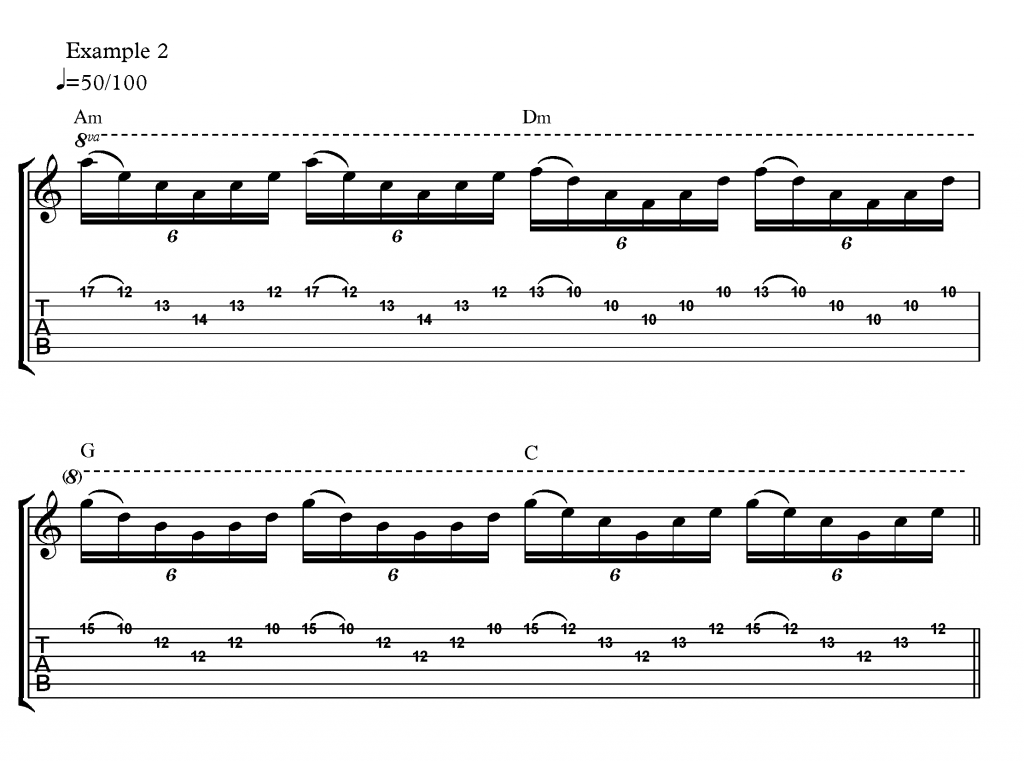 Now we join the two together to create this six note pattern. Notice we are still in A minor, but I have used a different inversion (inversions refer to the sequencing of notes within the chord) Be careful of the three string barre roll necessary on the Dm arpeggio. Take it very slowly at first. Playing with distrotion will show you how effective your separation of the three notes is.

You may like to try picking both with only one upstroke on the B string, and then three down strokes as I do, or the equally valid upstroke on the G string as well, before using two downstrokes on the B and E strings. 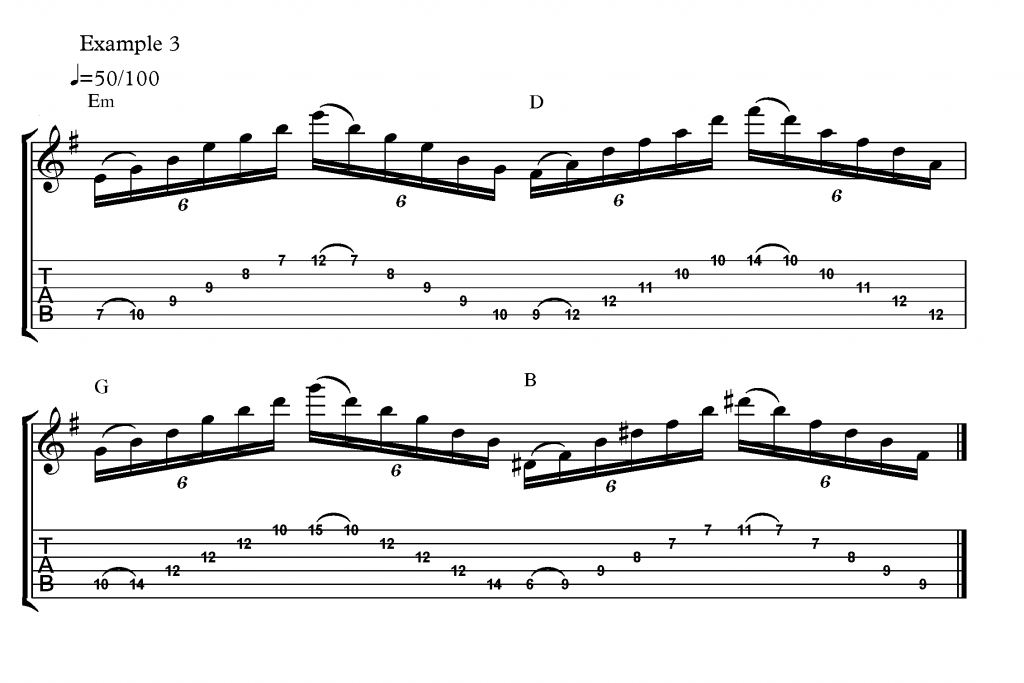 Our last example for this week opens things out to the larger five string sweep picking shapes. They may seem a little daunting but just follow through with the same sweep picking technique as the shorter examples over all five strings. Be careful of the legato notes to make sure they are evenly timed with the sweep picked ones and not rushed.

How to Master Sweep Picking for Guitar Pt 1