In this  lesson, we are checking out three guitar licks in the style of the Police star, Andy Summers. Often over shadowed by the huge presence of Sting, Andy Summers is a rare form of guitarist. Known mainly for his rhythm playing ideas that formed the backbone to many well known classics. Today we are looking at how he uses add9 chords to add variety to his sound, how he is heavily influenced by Reggae rhythms and how he incorporates simple yet effective lead lines into his playing.

Summers uses both add9 power chords and barre chords in his playing. Today we are looking at the power chord variety as the stretch does take some practice. Moving the upper root note of your standard power chord up two frets creates this add9 power chord. This one note change makes a huge difference to the sound. It sounds fantastic with a clean sound and adds real depth when played with distortion. Try adapting a power chord riff you already know by adding in this new flavour.

Lots of Andy’s rhythm work has an off beat Reggae flavour to it. This example uses four-note chords on the top four strings. You will notice that unusually I am not using an up-stroke each chord, favouring a down stroke. Normally when I teach a Reggae pattern this would always be an up stroke, but here to add punch it works better with a down stroke. The chord voicings used here sound great in lots of genres including funk and jazz guitar. 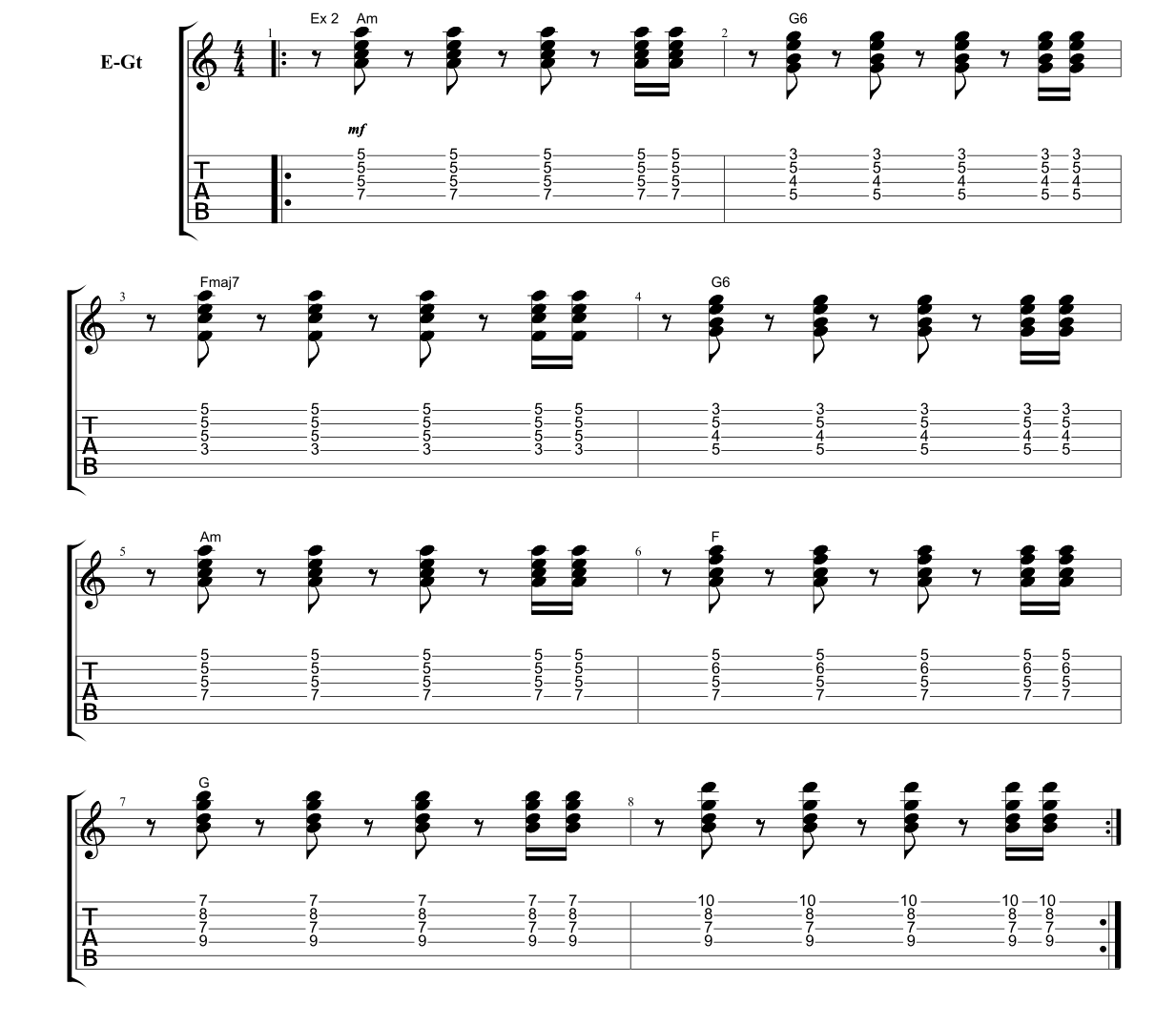 Although Summers didn’t play huge memorable solos, the lead work he did add to tracks was always melodic. Often his solos were  mixed quietly into the track as a background instrument: again unusual for guitar solos. This melodic line is around the C minor pentatonic scale and uses a repeating bend and some unison bends to add flavour. 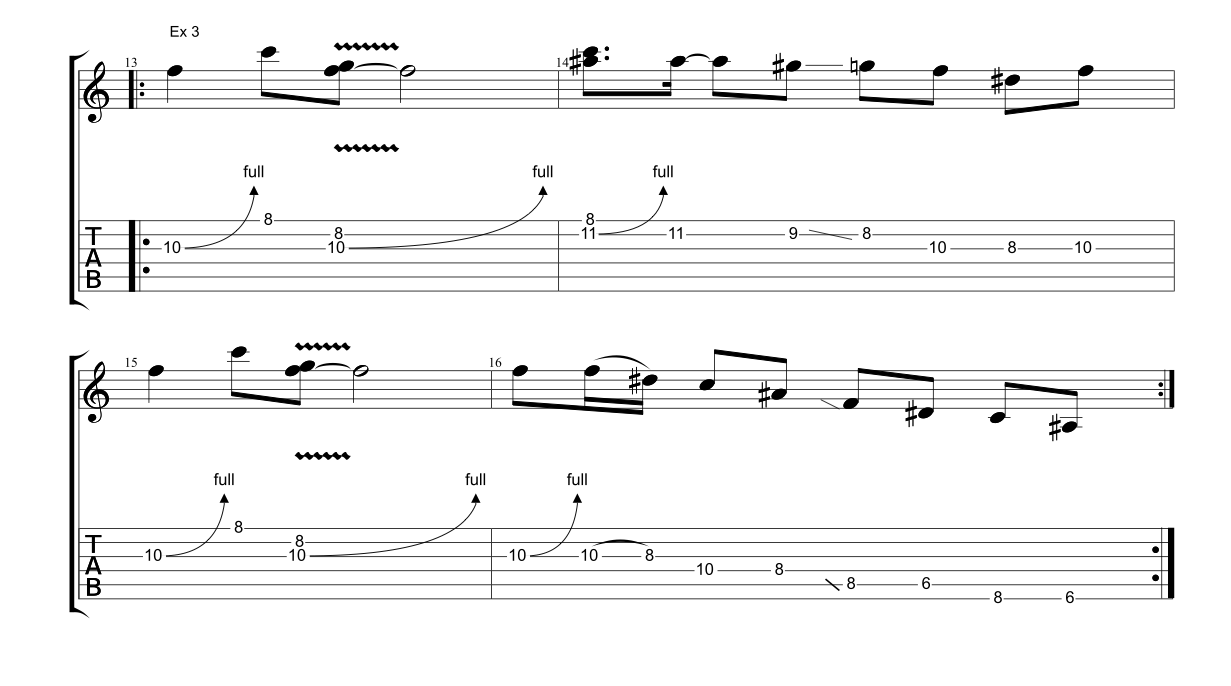 For classic Andy Summers style guitar licks, I recommend buying the album “Greatest Hits.” My favourite track on that album being “Message In A Bottle.”

Chord Voicings and Extensions for Guitar
Scroll to top