Welcome to a brand-new video series! Each lesson we are going to dissect three elements of your favourite guitarist’s playing. There will be a chord or scale that they like to use, and an example of its application, a technique that they favour and how to implement it, There is also an ‘in the style of’ lick! This week we are checking out none other than Jimi Hendrix.

The chord E7#9 is most commonly referred to as the “Hendrix” chord. It is essentially a normal E dominant 7th chord, but adding in a jazzy twist with the altered #9. Although traditionally this chord is used a lot in jazz, it is now synonymous with rock playing too. This first example shows how you can incorporate that chord into a progression. I have also included a double stop idea that Hendrix uses to spice up his chord progressions. As always, start slowly and build it up to speed. 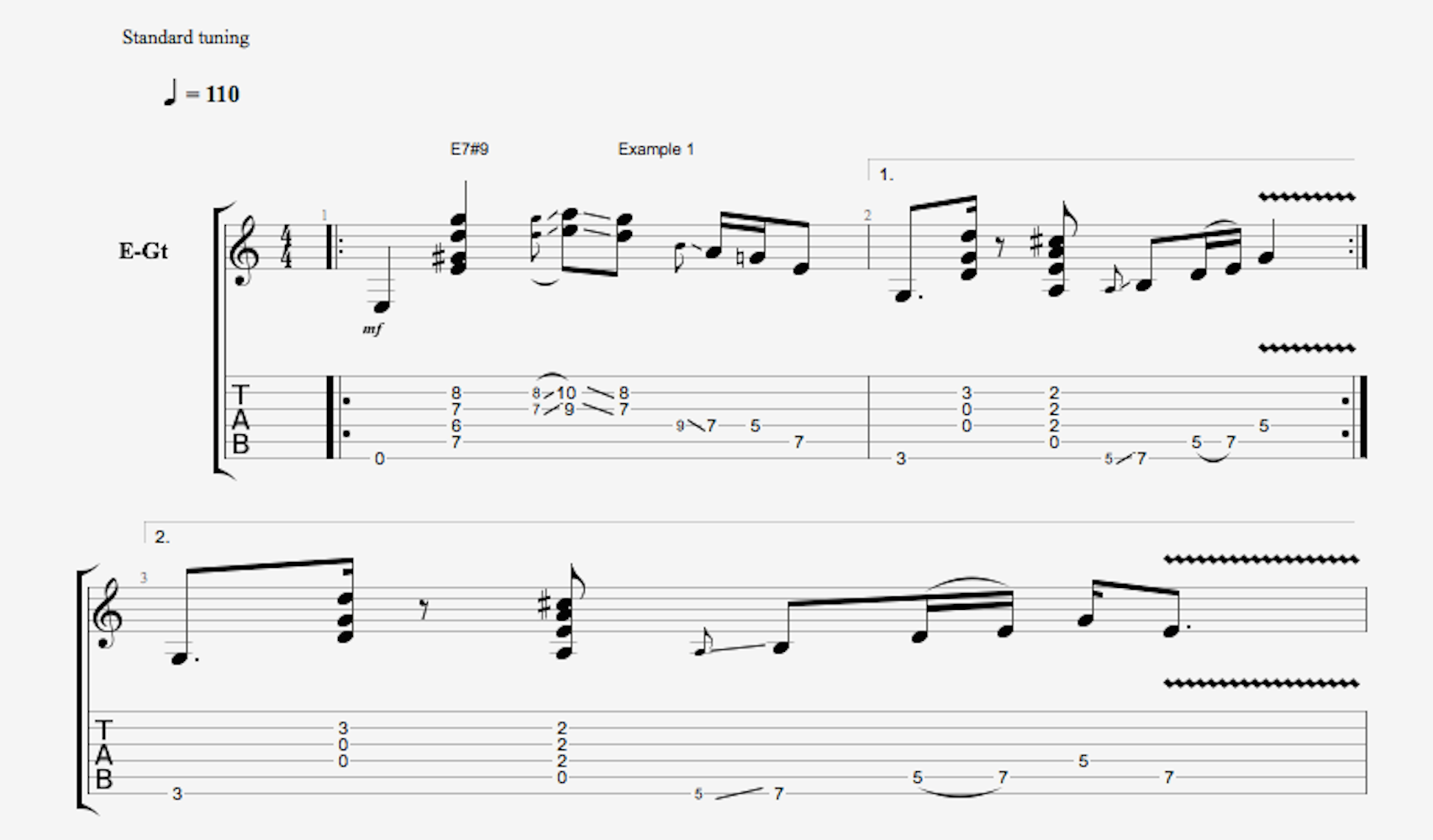 Unison bends are almost a lost art form these days, but Hendrix was a master, and often milked them for everything they had. Simply put, a unison bend is where you bend one note to be the same pitch as the note a string below it. This example uses a melodic line from the E natural minor scale (E F# G A B C D E). Try adding in unison bends to your normal blues licks. 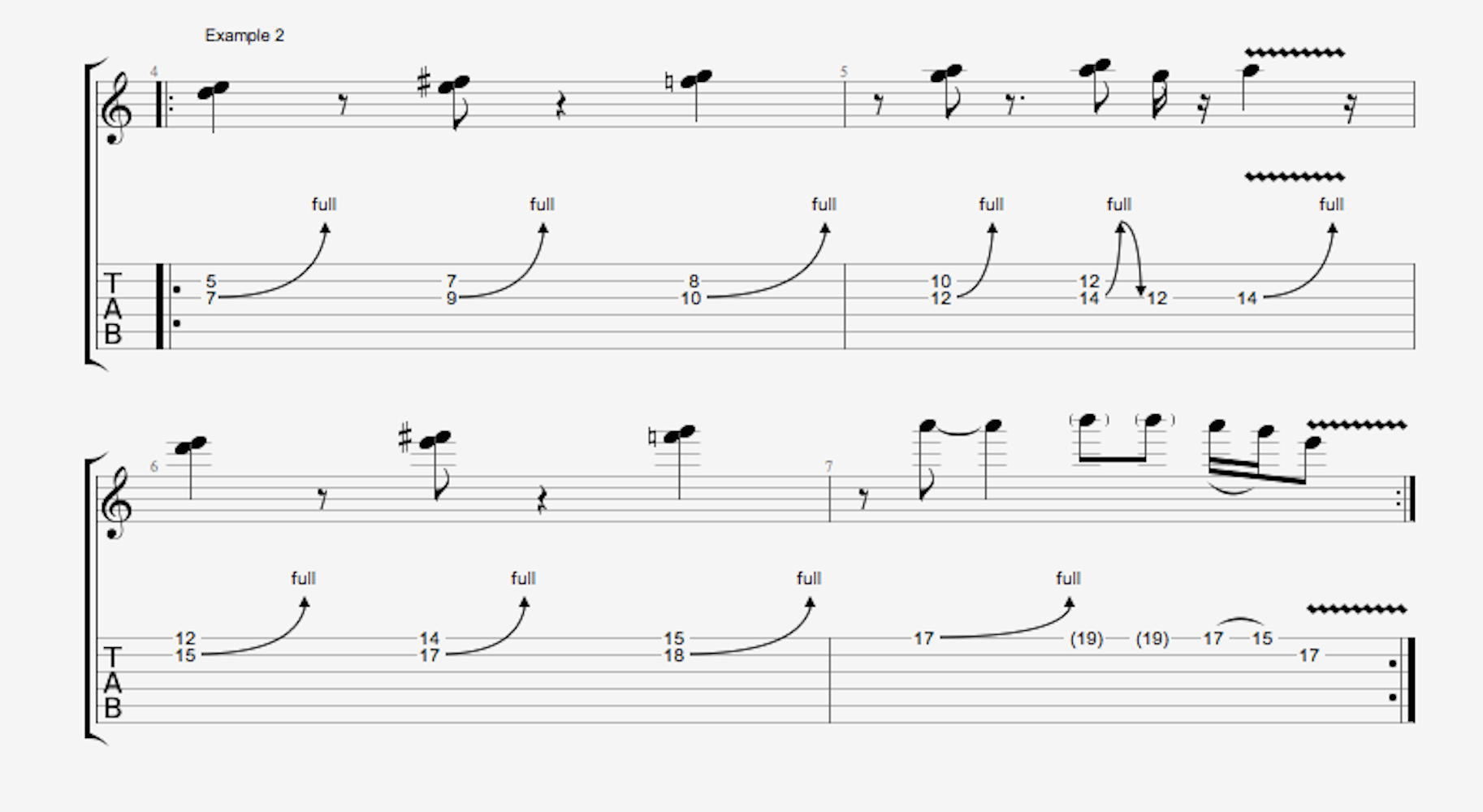 This lick demonstrates Hendrix’s raw blues nature, with vibrato and bends in Em. The second bar uses a double stop hammer-on and pull-off idea through the strings. This is a fun way to boost your speed as the same motif is applied across multiple strings. 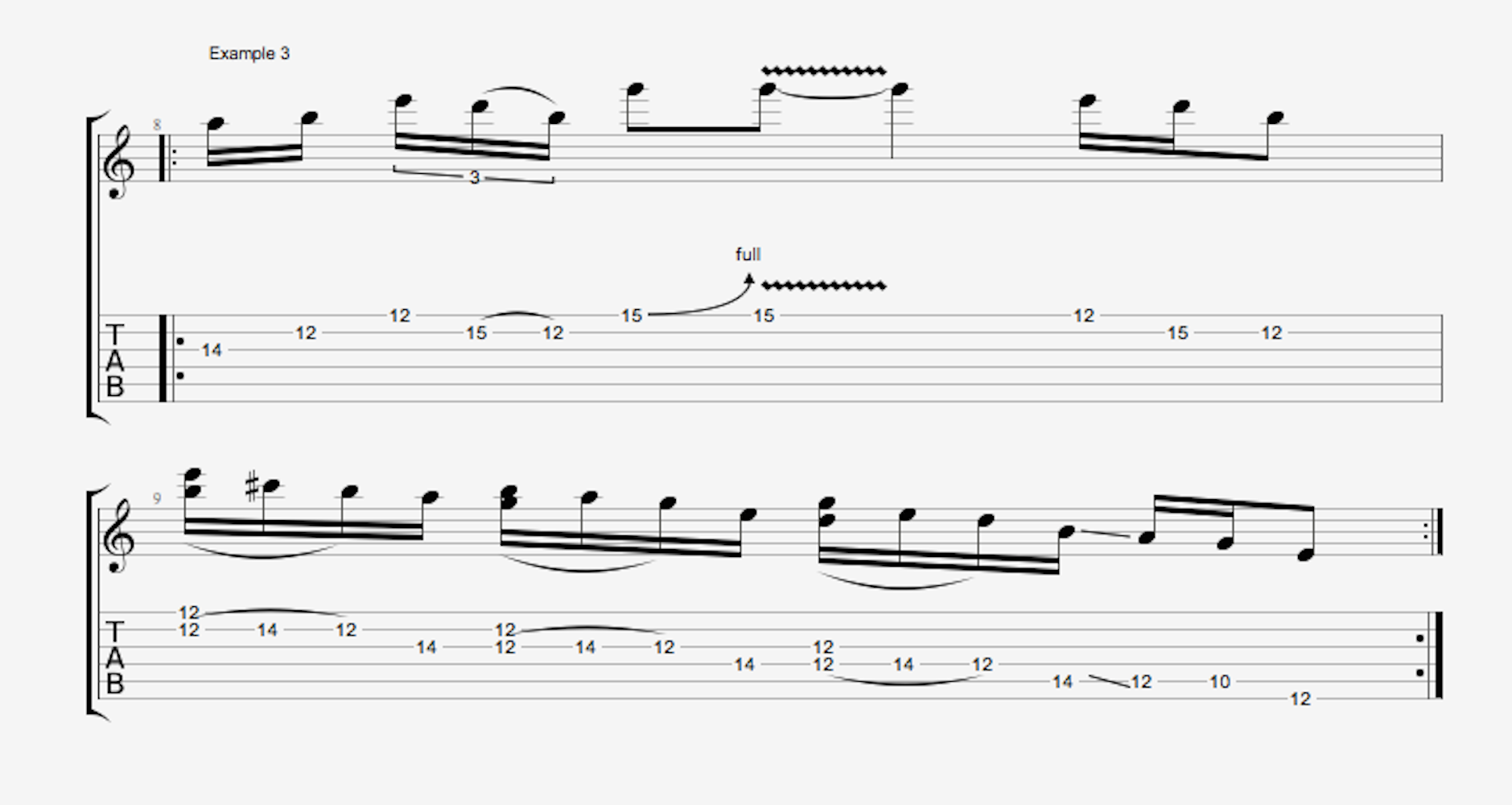