Since graduating from the University of East London with qualifications in both performance, and education, Levi Clay has been an unstoppable force on the international guitar scene.

Working as a writer, teacher, transcriber, journalist, and entertainer for various outlets, it only makes sense that Levi’s musical passions are as varied as his skillset.

Having travelled the world as a writer, Levi is still a regular contributor for Guitar Interactive Magazine, both as an on-screen personality and ghost writer.

As a teacher, Levi is well known for his monthly Beyond Blues column for Premier Guitar Magazine, along with his selection of DVD releases for LickLibrary.com. He still maintains a select group of students from all over the world via Skype.

His work as a transcriber has kept him relevant and in demand, completing work for various magazines, publishers, artists, and websites.

Releasing two albums in 2015 (“Out of the Ashes”, and “Into the Whisky”) via a successful crowdfund initiative, Levi continues to connect directly with his fans and followers via Patreon and YouTube. 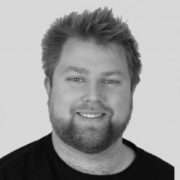