An arpeggio is simply the classical term for playing the notes of a chord separately.

The diminished seventh chord is a ‘symmetrical’ four note chord of stacked minor thirds. This chord is considered ‘symmetrical’ because because all the notes are the same distance apart. This is a very useful feature!

Because each note of the diminished chord is the same distance apart, Any note can be seen as the root. Therefore, rather than think of one note as the ‘root’ note, we can view it as having four potential roots.

The symmetrical nature of these notes mean that any diminished pattern we play on the guitar can be moved three notes up or down on the fretboard and will still fit over the same diminished chord.

Our first example just shows two useful diminished arpeggio fingerings you will want to get down. You’ll find that riffs are easier to memorise and play if you can visualise the scale or arpeggio pattern that they use. Example 1a stays around the 5th fret, while example. 1b maintains a two-note-per-string arrangement as it moves up the neck. 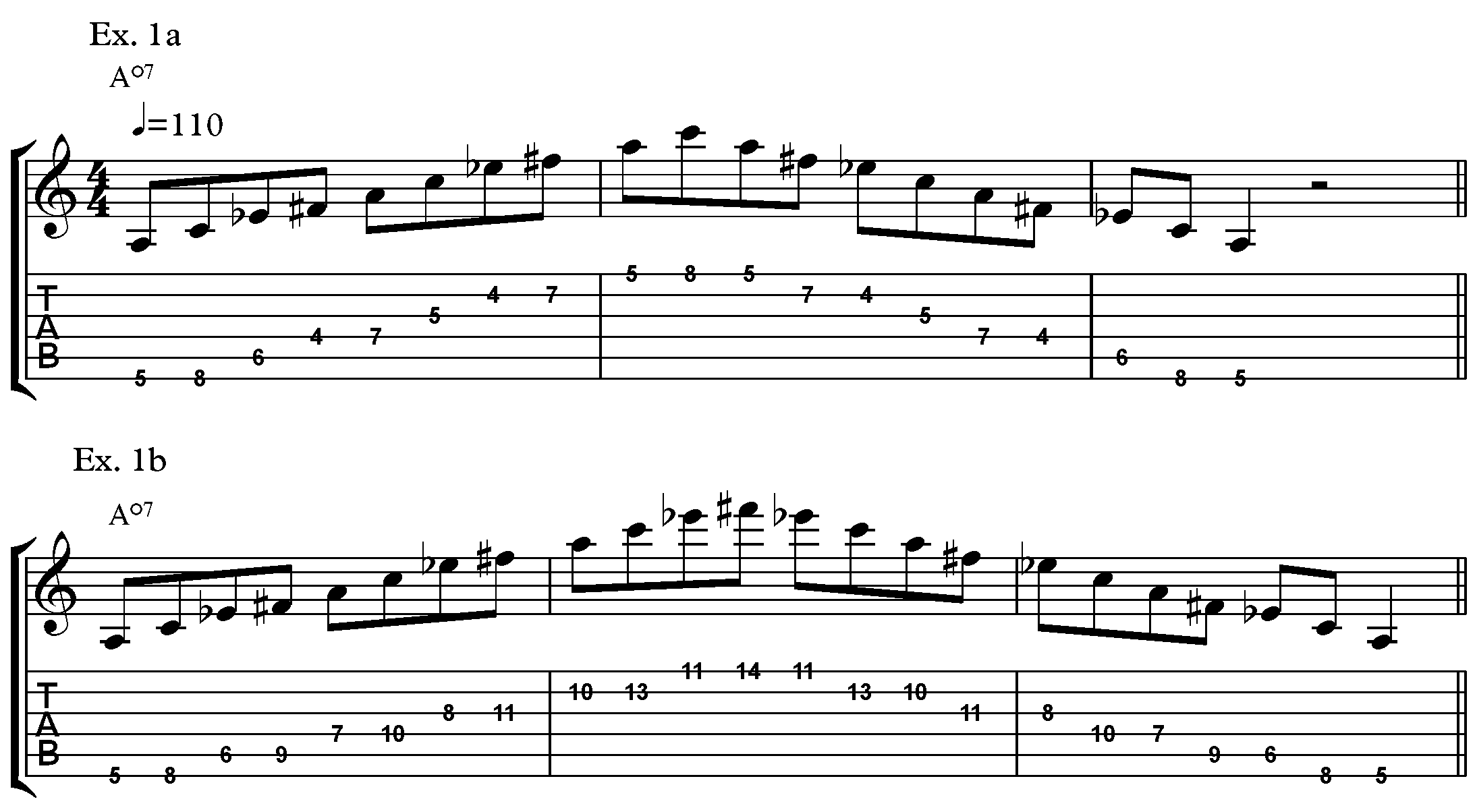 Here we combine the E and F# diminished arpeggio, spending two beats on each before shifting from one to the other. Any two of the three available diminished chords work well together.

Using legato should help with the string crossing here, but keep an eye on your timing to ensure the triplet feel still sits in the pocket with the drums!

Jeff Loomis frequently used diminished arpeggio ideas during his time with Nevermore, and this next riff is inspired by their earlier albums. I wasn’t thinking about a specific scale, even though the open E string gives a sense of tonal centre. The ear accepts the overall effect because of the distinct, recognisable pattern of each diminished arpeggio.

Be sure to check out my brand new book entitled Heavy Metal Rhythm Guitar which explores the techniques and theory to help you start writing your own metal riffs and features over a 120 audio examples with tab and notation! 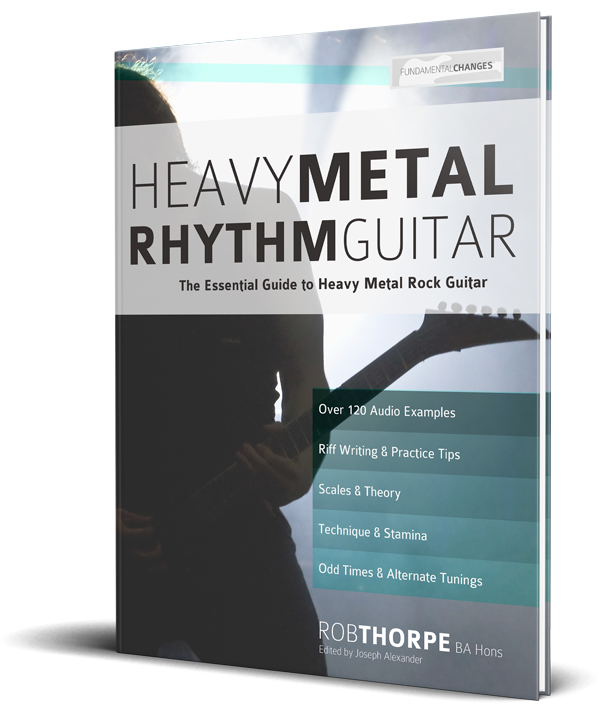 How to Play Slap Bass
Scroll to top