In this Muse lesson, we are checking out three guitar licks in the style of the 21st century guitar hero, Matt Bellamy. Muse are one of the most creative, forward thinking rock bands in recent years. Combining beautifully crafted classical chord progressions, with screaming guitar parts and a haunting vocal line are bread and butter for Matt Bellamy. Today we are looking at classical triads, a super rocky Phrygian Dominant pedal tone rock riff, and a classic Muse style solo. Rock!

Matt has a clear classical influence that runs through everything he plays. This four chord progression uses simple triads and is picked to create arpeggios. The resolution between the A major back to the D minor adds tension and release. So popular in all of Muse’s songs.

This riff uses the A Phrygian Dominant scale (A Bb C# D E F G.) The riff uses the open A string as a drone throughout. This scale has a distinctly Eastern flavour and is used in numerous tracks from Hava Nagila right through to modern rock metal. Creating a riff on a single string can be a speedy way to learn a new scale sound and can be very creative.

It’s ultimate Muse solo time! A mixture of alternate picked string skipping and uses triads of the chord progression form the basis for this solo. I love how Matt creates lead lines around individual chord shapes. This approach I often refer to as ‘chord based soloing.’ The great advantage of soloing this way is the notes will always fit well over every chord change. 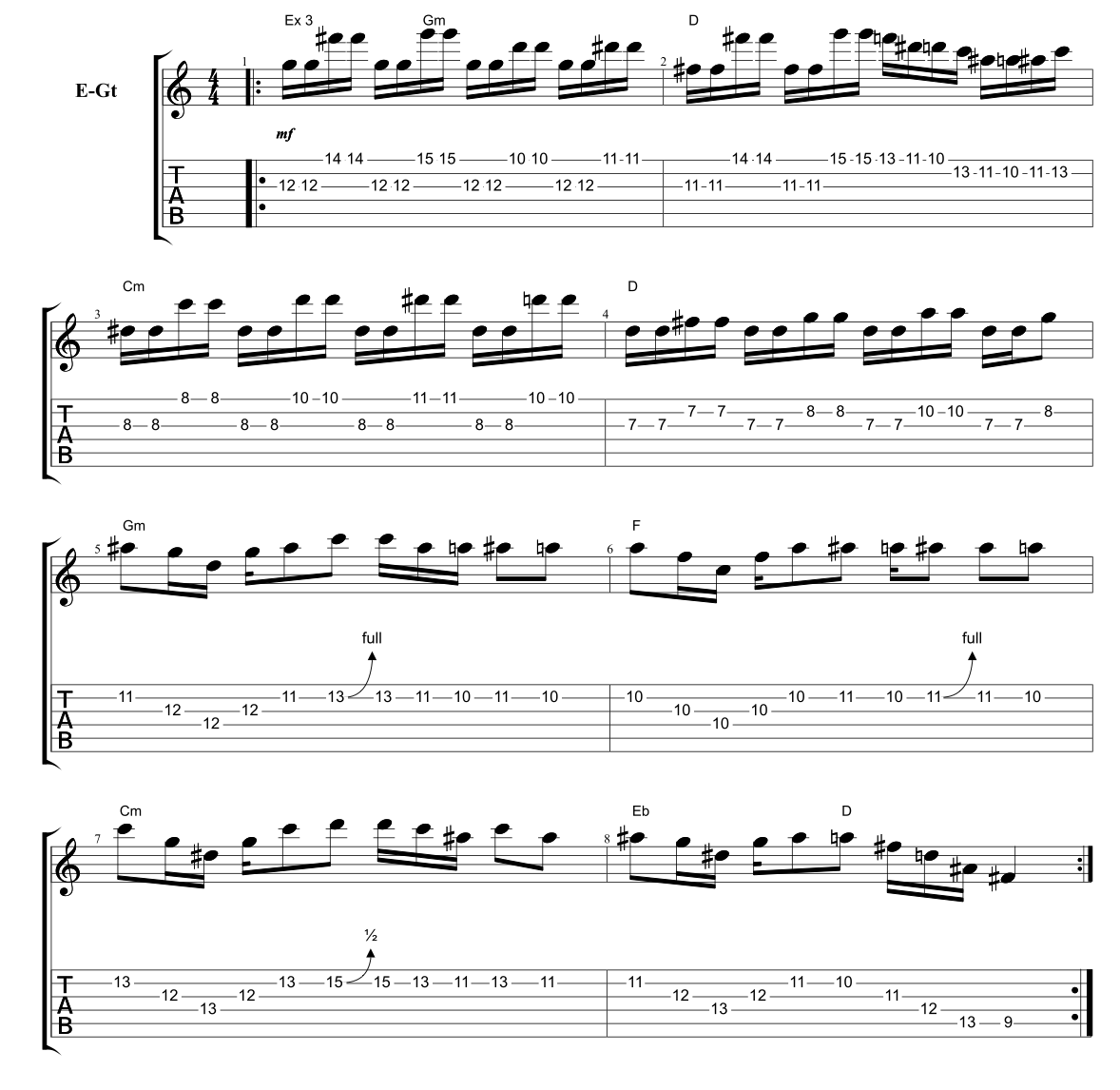 Build your guitar technique with this simple method: 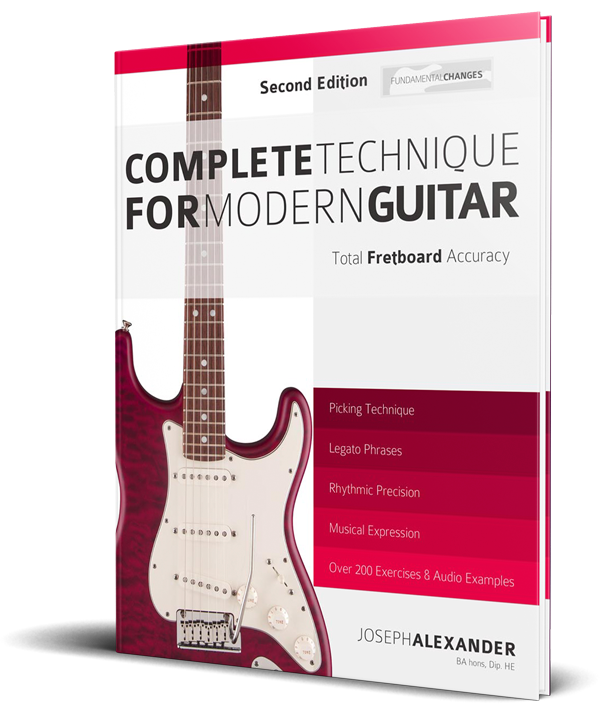 For classic Matt Bellamy style guitar licks, I recommend buying the album “Origin of Symmetry.” My favourite track on that album being “Plug In Baby.”