In this lesson, we are checking out three guitar licks in the style of the Texas blues star, Freddie King. King’s playing was always incredibly melodic and memorable, often due to singable single note licks and rhythmic motifs. His style influenced a whole generation of blues guitarists and his techniques are still just as applicable today as they were when he first released them!

Freddie King often used this voicing of an E7 chord to add excitement in his 12 bar blues progressions. Being high up the neck allows for some melodic interest and grabs the listeners attention too. In bar two of this lick we have moving sixth shapes. Having a descending pattern of sixths and adding in slides and a displaced triplet feel is a great new tool to add into your blues licks. 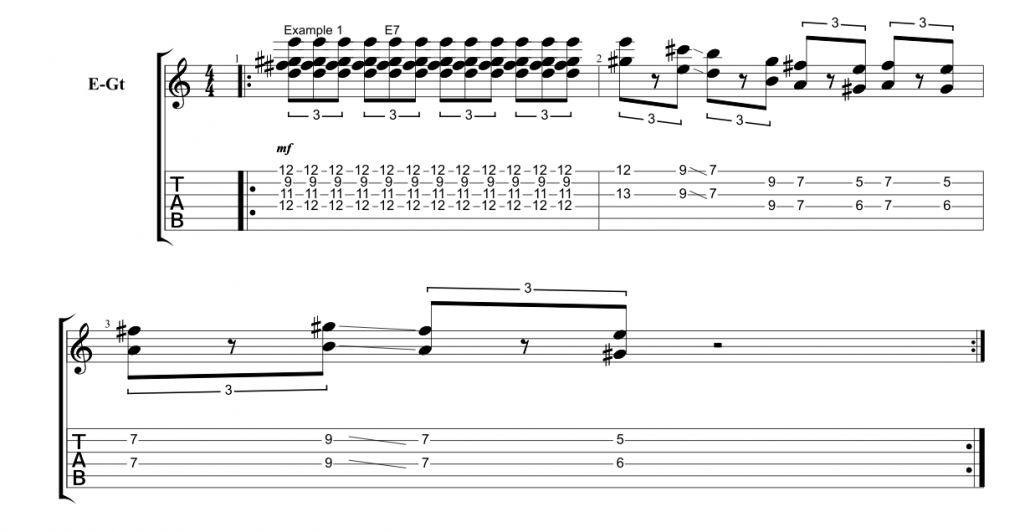 Today’s technique is mini string skips. Often guitarists get stuck playing licks always on adjacent strings. Knowing your shapes so well that you can skip one/or multiple strings adds instant excitement to the listener. This lick revolves around a G7 chord. King often used repeating patterns with subtle variations to maximise his lick vocabulary. Start of slowly with this one as it is a little bit of a finger twister.

Today’s guitar lick involves taking the lick we learnt in example two, and moving it into different keys to create a complete blues pattern. Today we are using G, moving the same pattern but into C and D. This is a fantastic way to take one lick you are working on and create a whole blues guitar piece! 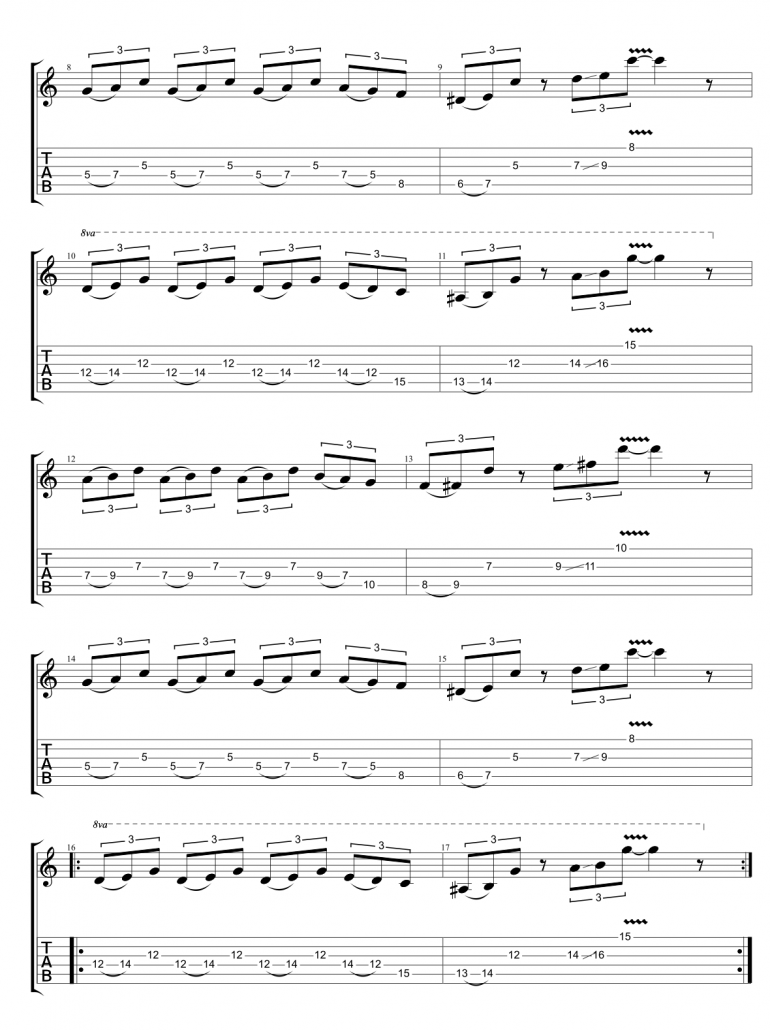 For classic Freddie King style guitar licks, I recommend buying the album “Hide Away Best Of.” My favourite track on that album being “Hide Away.”

Hi YouTube! Simon here once again for Fundamental Changes. Today we’re looking at the awesome Freddie King. Let’s get to that, just after this.

Then we’ve got 6th, and we’re moving them up and around in E, so we’re taking different notes of the E, and we’re harmonizing them, we’re putting a 6th above it, all from the notes of E.

We’ve got these little shapes, and as you can see, I added in some little slides as well. Freddie King would often do this to create nice little motifs and riffs, and the voicing itself really broke up in the middle of his 12 bar blues. He’d often do these little stabs. That’s Example 1.

As you saw there in lick 2, we’ve got a G7 type lick, G dominant 7, obviously your 3rd fret bar chord E shape minus your little finger, if you’ve not come across that. We’re up around the G major pentatonic, which is the same as your E minor pentatonic of the 12th fret, starting from the 2nd note, the G.

Start off with a little triplet run, and then we’ve got these cool little mini string skips. That’s the kind of other technique I wanted you to do today, is don’t always play adjacent strings. Start to incorporate some jumps into your licks. Even if it’s just a pentatonic, you’re coming through, and you’re skipping a string. It can sound really, really effective guys, like Eric Johnson.Loads of different people do this as well. That’s your little G7 lick there that works really nicely. String skips, add them into your playing.

The last one here we saw today, as you saw, was I didn’t do a slo-mo of this, because that bit alone will take about 2 minutes long. Hopefully you can work it out, because this is exactly the same as Example 2, where we start in the 12th fret, but we’re moving this G7, into C7 and D7, so we’re getting 1-4-5 type blues progression in G.

This is a really fun way to make 1 lick into a whole blues progression. We’re doing it up in G, and then move it back to the 5th fret around the 5th and 7th frets for the C, backs of G, etc, etc., and 7th and 9th for the D as well.

The chords underlined, that will be your C7, which is your A major minus the middle one of those notes you just bar through, move your fingers on the D7, the same, up 2 frets.

Hope you’ve enjoyed these. I’ll see you next time.

Hi everyone, thanks for watching these 3 licks in the style of the awesome Freddie King. As I say every time, go and check out Joseph’s wicked website Fundamental Changes, and check out his books on Amazon as well. They’re really great.

Also, go head and look at my YouTube channel, SDPguitar, for more free licks and tabs. See you next time.