Hi, I’d like to show you some examples of how you can turn scales into useable licks for your metal soloing vocabulary.

I frequently see guitar students who are able to play fast legato scale runs, but on closer inspection they have little control or produce a weak tone. Most of the time the picking hand acts like an inbuilt metronome while the fretting hand holds down chord shapes, so it’s unsurprising that the fretting hand requires special attention to reach the same level of rhythmic accuracy.

If you’re new to legato, or would like some effective exercises to really hone your chops, be sure to check out Complete Technique for Modern Guitar also from Fundamental Changes. Practicing the licks I’ve compiled here will definitely improve your technique although I’ll be mostly looking at how the legato is applied in the context of real music rather than prescribing technique building exercises.

To start with here’s a C major scale arranged with three notes on every string. Playing scales with three note-per-string patterns help to give uniformity to runs and sequences across the strings. This means any lick you create in this shape could be quickly to transposed to any other 3 note per string shape.

It can be very tempting to play the following example as triplets (as in the last three examples), so to combat this impulse I’ve played them here as straight 1/16th notes. Listen to the audio and tap your foot with the metronome to hear the difference.

Try to accent the notes that fall on the beats with a more vigorous hammer-on/pull-off, or at least be aware of which notes falls on the beat so you can lock in to the tempo.

If you’re having trouble getting used to the rolling legato along each string, then try isolating the first six notes of the lick. We’re ‘rolling’ from fourth finger to the first finger and back to the fourth again, or vice-versa. Being comfortable with this movement opens up a wide range of different licks and patterns to you.

Once you are comfortable with playing the pattern by picking the first note on each new string, try hammering-on to new strings when descending. The extra force needed to energise the string without picking can create unwanted noise from the other strings so be sure to mute well using the picking hand palm and flattening the fretting fingers.

Now for some longer legato phrases. The next lick covers a lot of ground, but it is simply a sequence of the two-beat phrase from example 4j across all the strings.

After the initial pick stroke, this descending sequence only requires one pick stroke per fragment if fretting hand taps are used to play the first note on the lower string of each pair. Pay attention to the timing before increasing the speed. 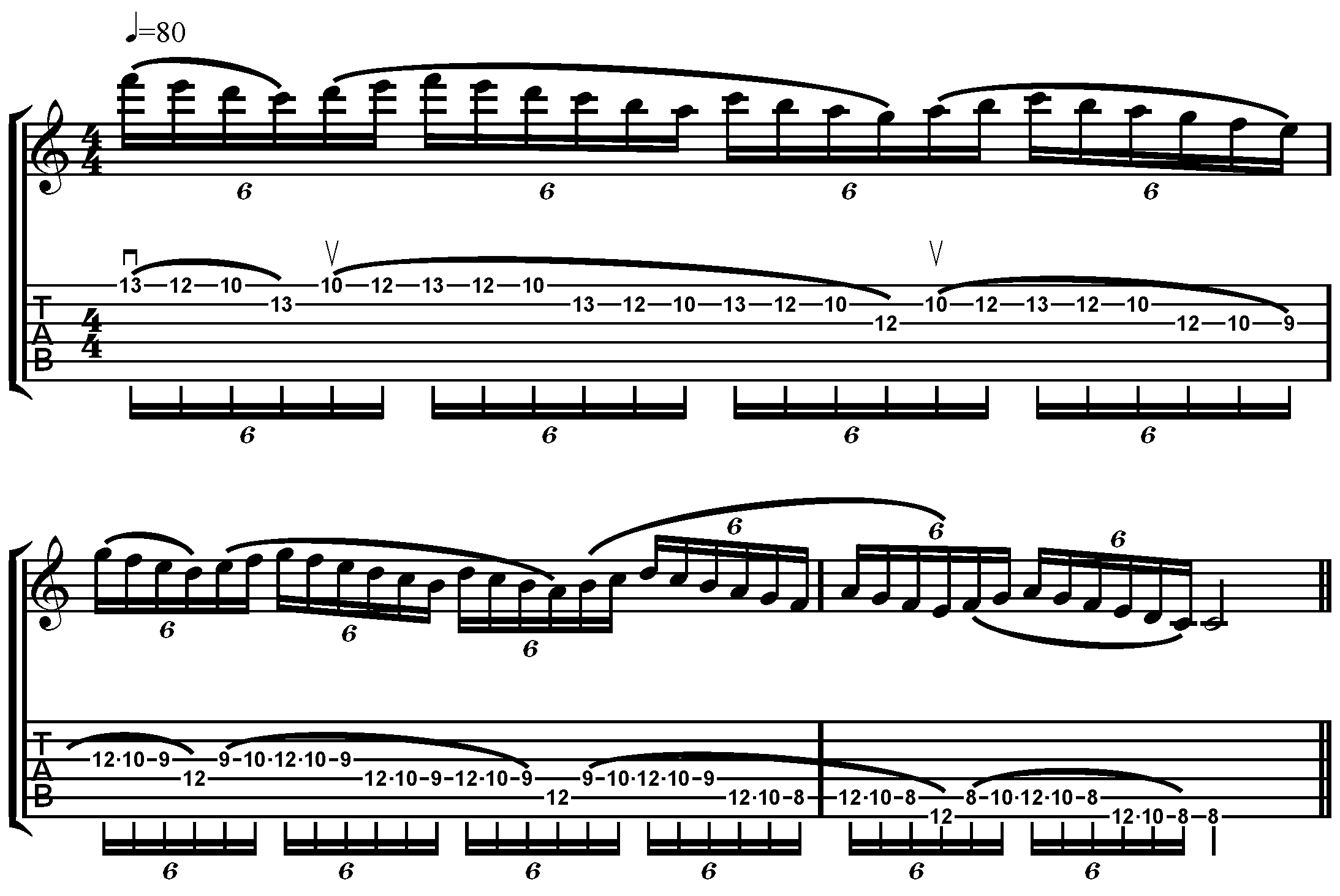 This time we step outside of the constraints of one shape to take advantage of the way three notes-per-string scale shapes repeat across the strings. After playing the lower four strings in order, we repeat the same pattern starting on the D string an octave higher.

This is a great way to get a rapidly ascending line over two and a half octaves, with the change of contour in the middle creating more interest than simply ascending the scale in a straight line. Listen to the final lick in Randy Rhoads’ solo on Crazy Train to hear the idea in context.

Be sure to make the ending phrase as polished as possible. This is going to be the last impression on your listener, more so than the individual notes of the run itself, so make sure it’s a positive one.

Try coming up with your own metal legato phrases using by varying the number of strings in each pattern and the direction along each string to start building a personal lick collection.

If you’ve enjoyed this lesson, check out my new book: Heavy Metal Lead Guitar, which introduces all the essential techniques for metal lead playing with an emphasis on developing your creativity. 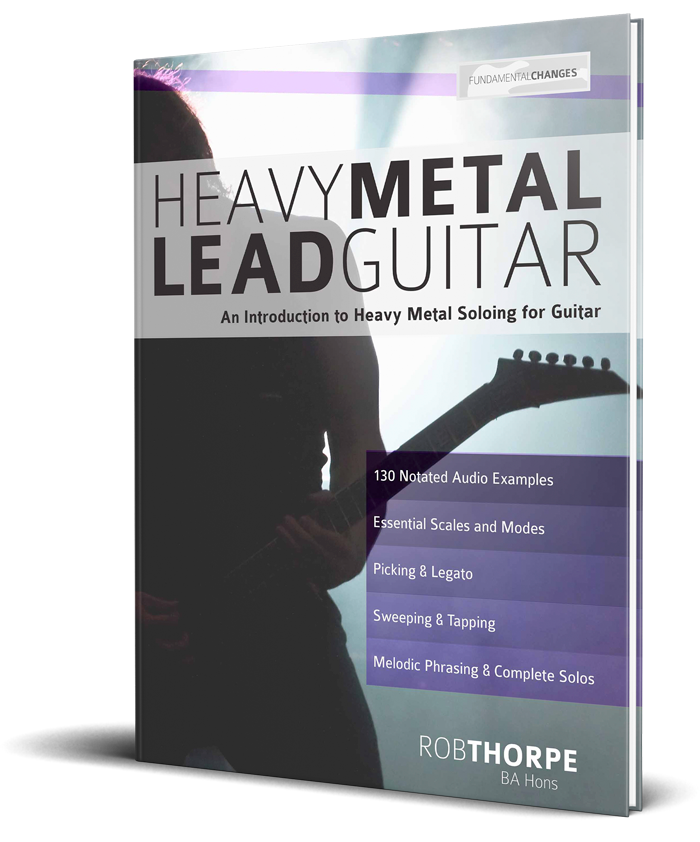 Joe Satriani, Shawn Lane, Rusty Cooley all have outragious legato abilities, which frequently is based around three-notes-per-string shapes, and in Rusty’s case this even gets applied to stretching the pentatonic scales out as well as just the seven note scales!