The New Jimi Hendrix Song Somewhere has been released.

Here’s a quick video lesson that I made for a private student. Learn to play the new Jimi Hendrix song Somewhere. I can’t wait until the full album is released in March! 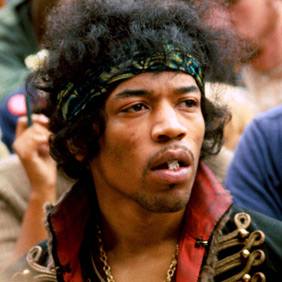 The new Jimi Hendrix song somewhere has been pre-released and we’re all very excited about it! I immediately had a request from a private student to transcribe it and teach it to him, so i decided to make this little video to share the love.

Jimi Hendrix is probably the most important rock / blues guitarist to have lived, and his legacy will live on in his music. However you feel about releasing songs after his tragic death,  if you learn to play the new Jimi Hendrix song it will benefit you as a player.

In the Jimi Hendrix song Somewhere he uses his favourite 7#9 guitar chord voicings with a lot of little pentatonic scale fills, but really, it’s all about the rhythm and phrasing. In a lot of ways this track reminds me of a cross between Voodoo Child (Slight Return) and The Wind Cries Mary.

I’m not sure how I feel about the trend of releasing new Jimi Hendrix songs after his tragic death, but I did really enjoy figuring out the transcription of the Jimi Hendrix song Somewhere. It seems to retain a great deal of his original energy and vibe. I hope you enjoy learning it! There is a lot to be taken away here including many nuances of Jimi Hendrix’s guitar style and phrasing.