In today’s lesson I am going to introduce you to hybrid picking, using six examples from my book Melodic Rock Soloing For Guitar.

Hybrid picking is the technique of using the pick and fingers of your picking hand together. The advantage of hybrid picking is that it is far easier to move between strings, especially when crossing multiple strings. You can also cut down the number of pick strokes needed, ultimately leading to a fluid sound. The dynamic variation and timbre of the notes that are struck with the fingers is also a huge plus.

Hybrid picking was popularised by ‘progressive’ rock guitarists such as Steve Howe in the ‘80s, but these days the technique has been adopted by many players because of its speed and flexibility. Players like Guthrie Govan and Eric Johnson have pushed technical boundaries and often include hybrid picking in their melodic arsenals.

The first example shows a basic hybrid-picking pattern using notes of the B Minor Pentatonic scale. This example alternates between using a down-pick on the D string and second-finger pick on the G string.

Make sure that your down-stroke and second finger pick are dynamically even.

The following example combines examples 1 and 2 to provide an effective warm up pattern. Learning to alternate between using your pick, second and third finger is the key to developing fluidity in hybrid picking.

Example 4 reverses example 3 and teaches you how to start a picking pattern with a finger pick.

Hybrid picking lets you pick multiple notes simultaneously. This is especially useful when playing double-stops. Keep your second and third fingers “glued” together when picking this next example.

Example 6 shows the reverse of example 5. Play the double-stop with your second and third fingers, before picking the root note with a down-pick.

There are many fantastic hybrid-pickers out there, but one of my favourite demonstrations of this technique in action is Country Boy by Albert Lee.

Check out our 30+ best-selling books: 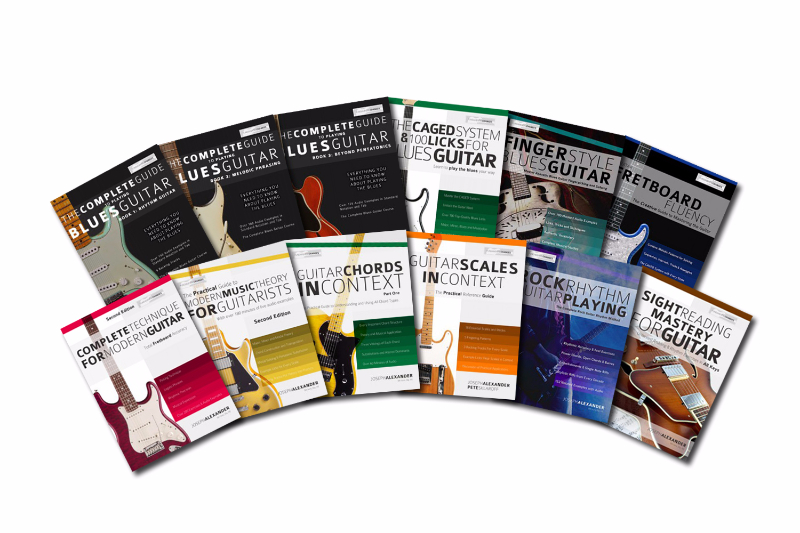 How To Play Slap Bass