How to Develop Strong Vibrato in All Fingers

In my opinion, vibrato is one of the most important expressive effects. It gives your phrases a vocal quality and makes your music sing. There are many types, but here we will focus on just two, axial, and radial.

All the audio for the exercises in this article are here.

Axial vibrato is when you quickly and repeatedly pull the string slightly sharp, parallel to the guitar string. 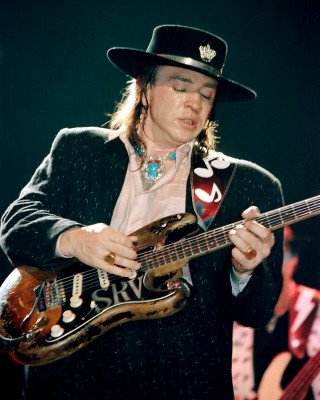 Radial vibrato is more similar to string bending; your wrist moves in a direction perpendicular to the guitar string, using a finger as a pivot on the underside of neck. This is more difficult, but it does give extremely worthwhile results.

To create axial vibrato, you simply press firmly on a fretted note and, making sure your wrist is soft, move your wrist quickly backwards and forwards parallel to the neck of the guitar. Often, your thumb will quickly release from the back of the neck to help with the speed of the wrist movement. This movement, combined with the pressure you place with your fingertip repeatedly pulls the string slightly sharp before releasing. This is an easy technique to give life and dynamics to your music whenever there is a longer, sustained note.

This is a subtle effect, and it is important to practice it with every finger of the fretting hand. It is actually much harder to produce good vibrato with the 4th finger than the first.

Here is an exercise to develop good axial vibrato:

Remember to try removing your thumb from the back of the guitar neck to allow your wrist to move quickly and evenly backwards and forwards.

Also, practice moving between slow to fast and back to slow vibrato for added effect. This is demonstrated by audio example 34a part 2.

Try the above example in different areas of the guitar neck and on different strings. They all feel different and require different types of control.

Add this kind of vibrato to any musical phrases or licks that you know. Take into account the tempo and groove of the song; you might want to sync your vibrato into 1/8th, 1/16th or 1/32 notes.

Radial vibrato is a more difficult technique; it creates much wider vibrato which can often be up to a tone wide. Some guitarists go as far as to add vibrato which is a tone and a half wide when playing hard rock and fusion.

With radial vibrato we must greatly alter the position of the hand on the guitar neck so that we can bend the desired note up and down quickly. This involves using the outside part of the finger on the string, (so that your fingernail points straight down the neck towards you), and using the first finger as a lever or pivot against the underside of the neck to aid quick, repeated bends.

If you imagine turning a door knob, or the Queen of England waving, you will get the idea.

Radial vibrato is an individual technique which tends to be unique to each guitarist, however I will describe the method by which I get the best results. You may want to alter the following steps which apply to vibrato on the 1st finger as you see fit. The ultimate goal is to achieve the ability to execute tone wide vibrato with each finger of the fretting hand.

1) Play and hold the desired note. Try playing the 7th fret on the 3rd string, with your 1st finger.

2) Roll your wrist away from you, so instead of playing the note with the tip of the 1st finger you are playing on its side. Pushing your elbow out away from you will help with this

3) The nail of your first finger should now be pointing straight down the string towards you.

4) Push your 1st finger up, into the underside of the neck. It should connect with the neck just below the knuckle on the first of your three finger sections. (Closest to your palm)

5) Let your thumb creep over the top of the neck and relax your wrist, so your unused fingers fall and fan out slightly.

6) Using your already-placed 1st finger as a pivot, turn your wrist away from you to bend the string down towards the floor, pulling it slightly sharp.

7) Relax the pressure in your wrist and hand to let the string release back to its starting position.

8) Repeat this as many times as you can.

At first you won’t move the string very far and it may become sore on the side of your finger quite quickly. When this happens take a break.

As you get stronger and your skin becomes tougher, you will be able to move the string further and more quickly. The key to all this, is to always use the side of the finger, and always have a pivoting finger under the neck.

I like to build redundancy into my playing, so I spend time practicing bending the string much further than I would ever realistically use. If you can work your way up to a tone-and-a-half vibrato then you’re doing very well. In my playing I normally use a semi-tone.

The following exercises will help you develop vibrato strength, depth and speed on all fingers.

Credit to Shaun Baxter for these excellent workouts. 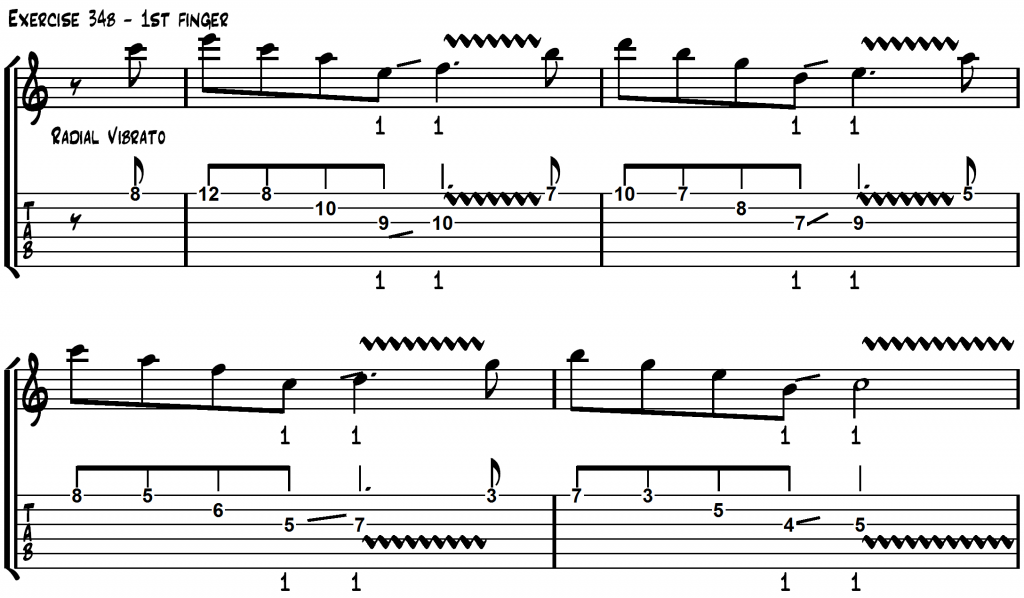 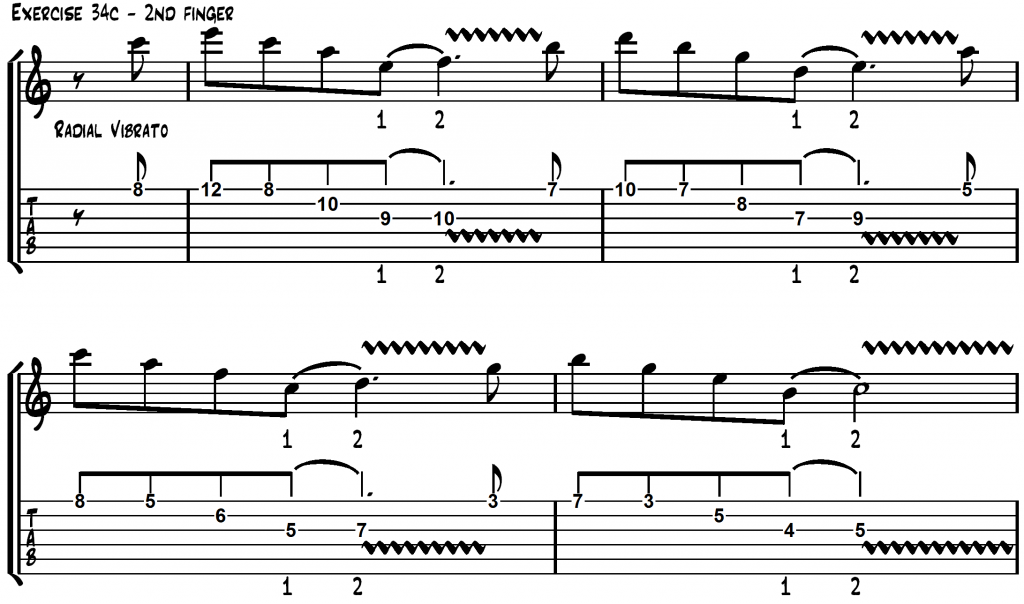 * It is difficult and unusual to place the 4th finger on its side in the same manner as the other fingers. You should still roll it slightly, but use your other fingers placed on the string behind it to add strength and support.

Vibrato is a difficult technique that may take longer to develop than the other skills in this book. Try to spend 5 minutes every day working on your depth, speed and coordination with each finger.

Try the ideas in this section over different string groupings, and in different positions on the guitar. Vibrato is much more difficult towards the lower frets.