The way to name chords on guitar can be a bit subjective, although the system that is taught in most universities and music schools revolves around whether the chord we are naming contains a 7th, and to a lesser extent, a third.

If a chord does not contain a 7th, then extensions are generally referred to by using the word ‘add’ in the name.

This name implies that there is no 7th included.

By contrast, if we took a C major 7th chord and added the 9th (D), the chord would be named C Major 9: 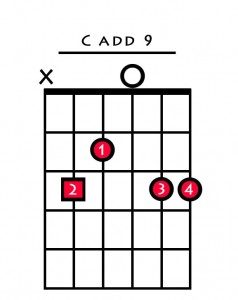 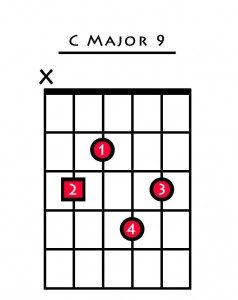 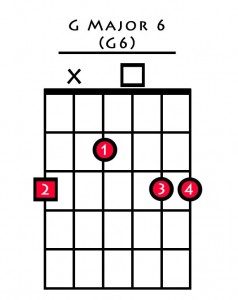 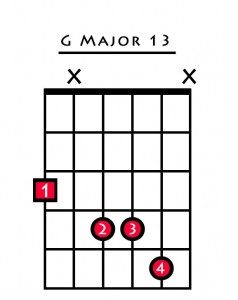 In the same way, any minor triad with the 9th added is named ‘minor add 9’ and a minor 7th chord with an added 9th is called minor 9: 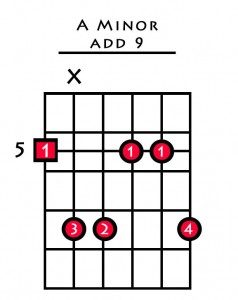 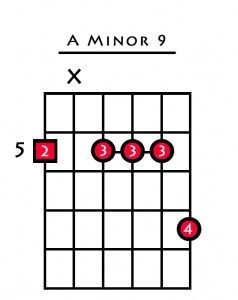 Dominant 7 chords must already contain the b7 note (1 3 5 b7) so extensions are simply named ‘9’ ‘11’ or ‘13’, although often when we start adding higher extensions, some notes are omitted from the lower part of the chord to avoid undesirable clashes. 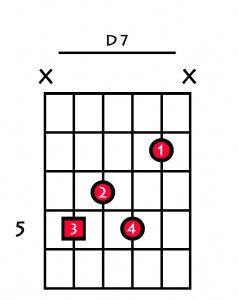 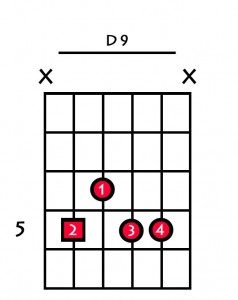 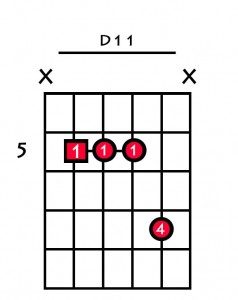 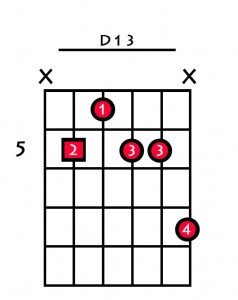 Slight complications occur when the 3rd of a triad is replaced by a 2nd or 4th as you will see:

If we examine the chord of D major, we will see that the 3rd of the chord (F#) is played on the high E string: 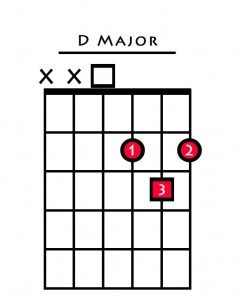 If we replace the note F# with either the 2nd or 4th note from the scale, the D chord is said to be suspended. A suspended chord does not contain a 3rd. 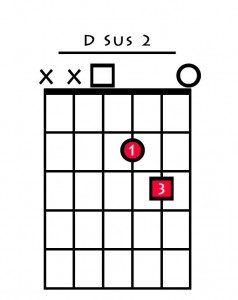 (The E is played on the open 1st string) 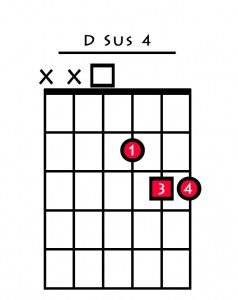 Because of the lack of a 3rd, these chords sound unresolved or ‘suspended’

Do you have any questions on this article? Let us know below!

How to get the most from your guitar practice, (and stop wasting your time)